Ewan and I went back to Cors Fochno last night for another attempt at Nightjars.  Just after 9:30 the first bird started churring, and from then on we were treated to some of the longest and most frequent churring and calling that I've ever witnessed. 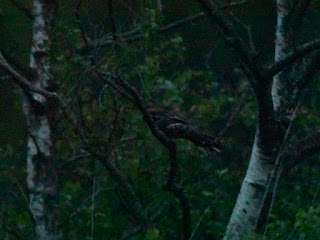 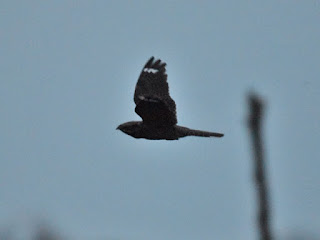 PS  The midgies were ferocious last night, but one other person was out there braving the swarms; none other than Ina Smith.