There was a Great crested Grebe at Cei Bach on the 12th March . On the morning of the 13th there was two pairs of GBB gulls in a field close to my house conducting what appeared to be a noisy courtship ritual. The Meds from the other day were still around with the BHG’s and accompanied by Starlings that seem synchronised with the gulls.
Today there was a male Wheatear near the lookout. The male Kestrel was hunting along the cliff edge. The guillemot ledges were packed. A pair of Peregrines appeared as I was leaving. They had a brief noisy aerial dance. 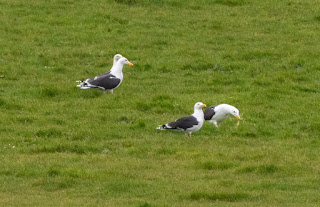 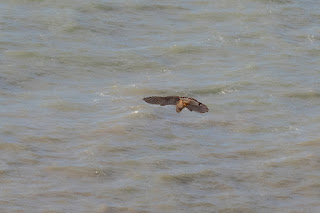 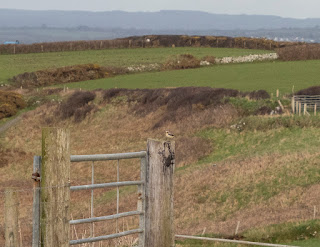