High tide and a calm sea at the brickhouse enabled good views of at least 650 Razorbills (250 on the sea and ca 400 flying past close inshore.  Not a single Guillemot among them, though there may have been some among the many more distant auks.  Further out were about 650 Gannets, and as Dave says below, many of them were young birds.

Another look at the sea from near the golf clubhouse revealed more Razorbills, probably around 150, and more Gannets were heading north towards the large rafts off Ynyslas. 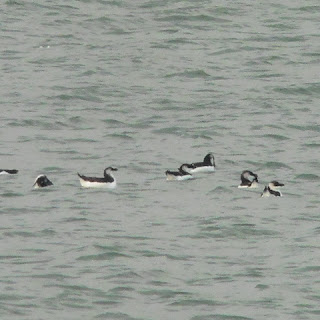 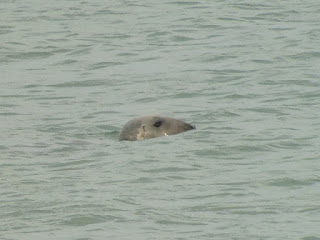