An early start at Aberystwyth.  55 Med gulls on the rocks but Manx Shearwaters were streaming past so it was up to Borth, arriving at the lifeboat station by 7:00am.  Luckily it was sunny so I could see the large rafts of Manxies, but thousands more were still moving north so I decided to try the brickhouse.

I couldn't begin to count the shearwaters, but there were at least 200 Gannets, and on the beach among hundreds of Herring Gulls were around 85 Sandwich Terns.

These poor photographs at least give an impression of the feeding frenzy close inshore before the birds dispersed around the bay. 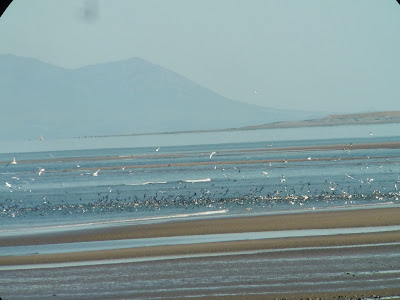 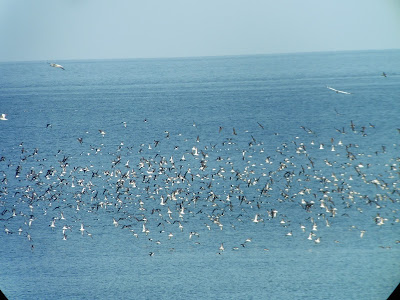 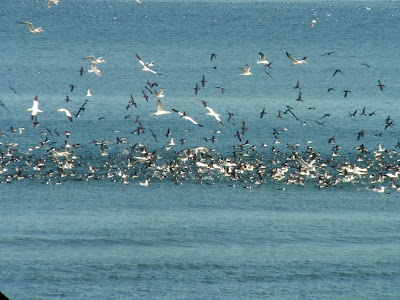